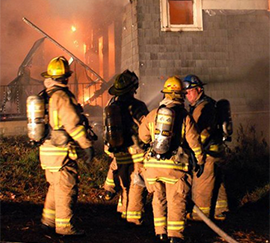 The Fire Department began in 1942 at which time America was at war with Germany and Japan. Stories of the war were provided by radio. At that time, the threat of enemy air raid attacks in an area such as Elkridge were very real because of Elkridge being so close to industrial Baltimore and the nation’s capital. If an attack would occur, Elkridge would have to rely on the services of other area fire department’s services.

On April 8, 1942, a meeting was called by Dr. Charles Nitsch, Lewis C. Toomey, Sr., and John F. O’Malley. The meeting was attended by twenty-one (21) men from the areas of Elkridge, West Elkridge, Hanover, Harwood and Lawyers Hill to consider the advisability of establishing a Volunteer Fire Department. A second meeting took place on April 29, 1942, with the guest speaker being Chief John H. O’Lexey, Chief from the Jessup Volunteer Fire Department. Chief O’Lexey spoke about the organization of the Jessup Fire Department and the financing of the equipment. It was noted that approximately $7,000.00 would be needed to start the Fire Department. Before the meeting ended, the men founded the Elkridge Volunteer Fire Department Association and committees were formed to see what money could be raised for a second hand truck and other basic firefighting equipment. Through countless efforts of local and Civil defense officials, the plans for construction for the first piece of equipment were put into action. This engine would become known as “Daisy”. The Fire Department was in business.

The first call was an air raid alert on November 6, 1942. The first fire call was later that day. It was a woods fire caused by target shooting at 3:20 p.m. On January 14, 1943, the department went from operating under the guidelines of the Civil Defense to a permanent, independent organization. This idea was approved and the charter was drawn up by C. F. Sybert. A committee drew up the constitution and bylaws and on February 25, 1943, the department was officially incorporated and Edward Falter took over the position of Chief.

Over the years since “Daisy” rolled out, there have been many changes in firefighting. The equipment used today is that of modern technology. What makes a good firefighter? What kind of people run into burning buildings when everyone else is running out? DEDICATED PEOPLE. Firefighters will leave their home and families, comfort and security for any unknown situation. They do this with skill and courage and they also do this to help others in dire need. Extreme devotion is what every good firefighter needs.

Some of the names if you research back in history are still involved in our department today. This is a family based organization where the upcoming generations are following in the past generations footsteps.

Station 1 houses two engines (E11 and E12), a rescue squad (RS1), a paramedic ambulance (P15) and a BLS ambulance (A16). All units can be upgraded to ALS by adding a paramedic and ALS equipment.

During the weekday hours, the front line engine and the rescue squad are usually in a single pull capacity; that is, the station can be pulled for either the engine or the rescue squad, but not both. Paramedic 15, however, has a dedicated crew, 24 hours a day, 7 days a week.

Photo Of The Day 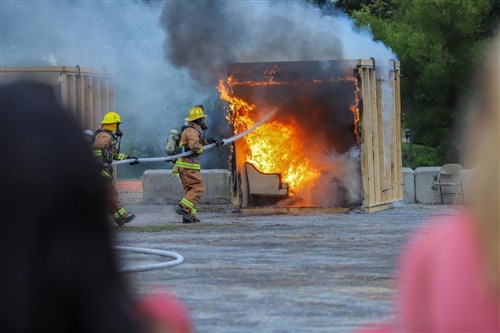 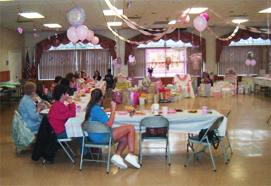